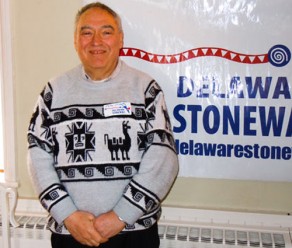 Peter Schott worked as a Congressional Aide for twenty-five years with the House Education and Labor Committee. Throughout his thirty-two years in the District of Columbia he was active in political and community affairs. He was a delegate to two National Democratic Conventions, has served or continues to serve on numerous National, local and community Boards.

He moved to Delaware in 2002 and continued his activism. He is currently involved with the Social and Environmental Justice Committee of the UU Church of Southern Delaware, the Steering Committee of the Southern Delaware Alliance for Racial Justice, is a founder of National Stonewall Democrats and of Delaware Stonewall Democrats and its successor organization, Delaware Stonewall PAC where he serves as Board President. He was a member of the DC Human Rights Commission and assumed that role in Delaware as a member of the State Human Relations Commission.

His interests revolve around social justice issues and LGBT rights.

He holds a Masters of Public Administration degree from American University and has his Bachelors degree of Political Science from New York University.