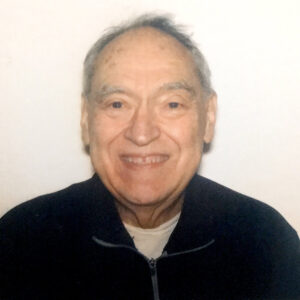 Delaware Stonewall PAC, a political action committee that focuses on protecting the LGBT community, was established Feb. 1, 2003. Originally called the Delaware Stonewall Democratic Club, it came about because, after years of trying, we could not get the nondiscrimination bill passed.

The club was restructured and carried different names throughout its existence, and it has most recently been known as the Barbara Gittings Delaware Stonewall Democrats, in honor of an iconic lesbian activist who resided in Delaware. We, early on in our existence, established a PAC that assisted candidates who were supportive of LGBT issues. Since the primary role of Stonewall is to raise enough funds to support candidates, we decided just to keep the PAC.

During the first two summers of our existence, we were able to bring then-Congressman Barney Frank to Rehoboth Beach, and both years, we raised about $10,000, almost all of it going to support our candidates. We have continued that tradition every summer, except 2020, when, because of the pandemic, we did not have a gathering. We are hopeful of resuming that tradition June 4 of this year.

Over the years, as we helped change the legislative makeup, we were able to secure passage of a hospital-visitation rights bill, a bill drafted by us. Building a coalition, we later passed legislation supporting nondiscrimination, civil unions and marriage equality.

At our recent annual membership meeting, we elected this year’s board and members discussed legislative issues which the organization will pursue. But today, we still have our work cut out for us, as there is still some unfinished or reparative work that must be done.

The gay-panic defense is a legal strategy that asks a jury to find that a victim’s sexual orientation or gender identity is to blame for a defendant’s violent reaction, murder included. It has been successfully used in criminal trials. It has been banned in dozens of states, and we believe Delaware should be included on that list.

Delaware Stonewall PAC is supportive of legislation that would require the state to issue nonbinary driver’s licenses to those who desire them. At times, people who identify as one gender are forced to have licenses of another gender.

We are also supportive of legislation that will increase penalties for forcing minors to undergo conversion therapy. The current law prohibits licensed Delaware professionals from using conversion therapy on minors or referring them out of state, but we feel it does not prevent it where it is most practiced, by unlicensed, nongay organizations.

We want schools to provide a protective environment for students. We, therefore, support legislation mandating that schools protect children who live in a home environment where they feel unsafe to reveal their true gender identity or sexual orientation. Studies have shown that an unsafe home environment, where parents reject or punish a child who wants to be true to themselves, causes trauma, pain and even suicide. We feel schools should provide the safe haven.

Delaware Stonewall PAC can be found online and on Facebook.

Peter Schott, a former congressional aide, was a founder of National Stonewall Democrats and its Delaware affiliate. He currently serves as the president of Delaware Stonewall PAC.