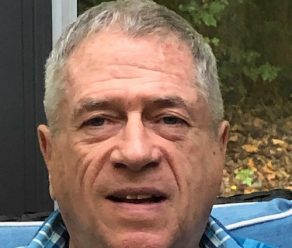 Scott was born and raised in Washington state. He graduated with a Bachelor of Arts degree from Whitman College in Walla Walla and a Juris Doctor degree from the University of Washington in Seattle. Scott began his legal career as a trial lawyer for the U.S. Department of Labor in Dallas, Texas. After two years, he transferred to DOL’s national office in Washington, D.C., where he focused on appellate litigation under the Occupational Safety and Health Act of 1970. He later went to work for the U.S. Occupational Safety and Health Review Commission, where he initially worked on drafting decisions for the three-member, presidentially-appointed Review Commission, later became a supervisory attorney, and still later worked as the Chief Legal Counsel for three individual Commissioners. He retired in January 2002, after serving thirty years as a Federal employee, and moved to Milton, Delaware, with his husband, David Dagenais. Scott and David have been together for over 42 years. They were married on their 33rd anniversary.

Following his retirement, Scott became active in the Delaware Democratic Party. He served as a board member and Secretary for the 36th District Democrats and later the 20th District Democrats. He also served on the board of the Delaware Stonewall Democrats, holding the offices of Secretary and Vice President for Membership. Several years later he joined the board of the Delaware Stonewall PAC, serving first as a Member at Large and later as Treasurer. Scott has also been active in his church, Epworth United Methodist Church of Rehoboth Beach, and in the Southern Delaware Alliance for Racial Justice and the Rehoboth Beach Film Society.