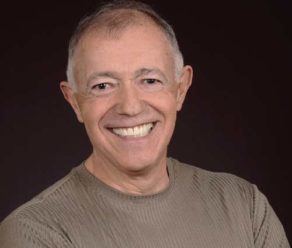 Martin “Marty” Rendon is a Commissioner on the Delaware State Human Relations Commission and chairs the Commission’s Legislative Committee. In 2018, Marty retired from working in Washington for 25 years as Vice President for Public Policy and Advocacy for UNICEF USA. In running Congressional relations for UNICEF (United Nations Children’s Fund), he succeeded in getting Congress to approve the funding requested by UNICEF every year. Under his leadership, UNICEF received over $2.9 billion in regular resource contributions from the U.S. Government for its programs to save and improve the lives of the world’s children. He also advanced a wide range of policy initiatives on global issues affecting the survival and well-being of vulnerable children, including child and maternal health, clean water and sanitation, basic education, children caught in emergencies, child soldiers, child trafficking, child labor, violence against women and children, and rights for children. At the same time, he led UNICEF USA’s efforts to build a network of advocates and activists across the country to fight to make children a U.S. foreign policy priority.

Prior to working at UNICEF, Marty worked for over two decades on Capitol Hill, including serving as Legislative Director to four Members of Congress, working for eight years on the Associate Staff of the House Rules Committee, and capping his Hill career as Staff Director of the House Select Committee on Hunger. His first job on Capitol Hill was as a paid intern to Sen. George McGovern (D-SD).

At the Select Committee on Hunger, he oversaw the drafting of the “Freedom from Want Act,” a blueprint to fight hunger in the U.S. and around the world. While he was Staff Director, the Select Committee on Hunger received the 1992 Silver World Food Day Medal from the Food and Agriculture Organization of the United Nations. Throughout his years as a Congressional aide, he focused on global humanitarian and human rights initiatives. He served as the principal House staff contact for Congressional Friends of Human Rights Monitors. He was invited to the Nobel Peace Prize ceremony in 1996 for his Congressional human rights work on East Timor (Timor-Leste).

Marty has a Bachelor of Science in Foreign Service from the Georgetown University School of Foreign Service and a Juris Doctor from the Georgetown Law Center. He spent his Junior Year at the University of Madrid. He also has a diploma and certification from the National Personal Training Institute. Marty grew up in Springfield, Ohio. He was Valedictorian of his class at Catholic Central High School and admitted to that school’s Hall of Honor in 2014.

Marty moved permanently to his second home in Rehoboth Beach, Delaware in 2018 following his retirement. He has owned property in Sussex County since 1985 and has lived at his current residence since 2005.